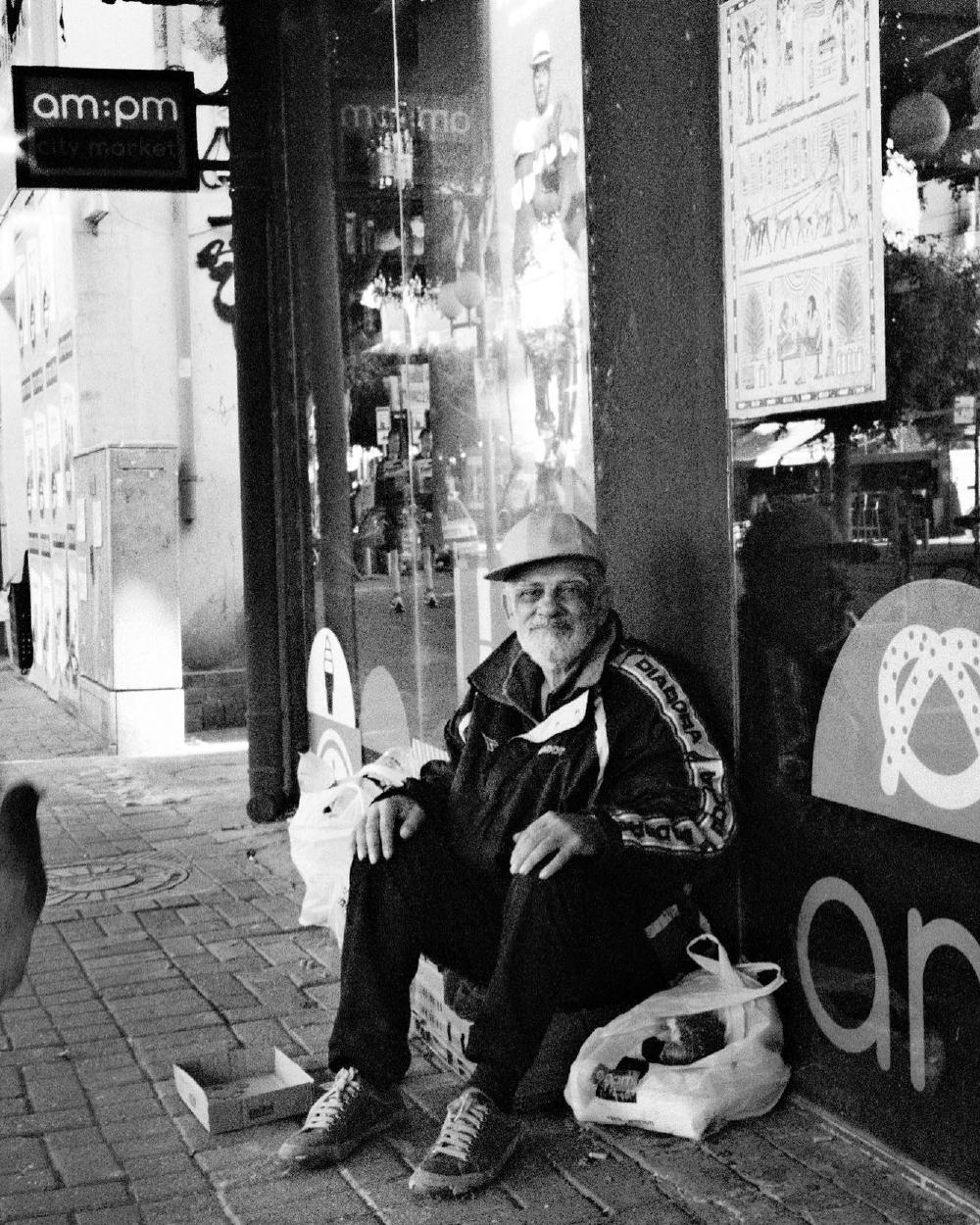 “I don’t usually do this” said the sixty year old man collecting change outside the AM:PM in Dizengoff/Arlozorov. He said that he’s from Dagestan. Said he was passing by Noviisibirsk on his travels some forty years ago when a man beat him up so badly he still gets psychotic attacks to this day. “It’s the brain damage, he found the right spot”: He said that it’s really actually pretty fine and that there is a cure and he just needs to take a shot about once a month and he stays like, pretty fine considering. said if he skips one of those monthly shots “his roof takes off” (literal translation of the Russian idiom he used). that he needs the money for the ride to the clinic that deals with that monthly shot, and that obviously the shot also cost something. Asked me if I would take this photograph of him. Said he was handsome once, before visiting Noviisibirsk.